Before we get started we thought it best to define what makes the best couch coop games. Firstly, there has to be a substantial amount of story in the game’s co-op gameplay. We’re not talking a tagged-on multiplayer deathmatch, nor are we talking Zombies, despite how fun that might be. The second rule for defining the best couch coop games is that the game has to be more fun as a local coop game than it is as an online coop game. Borderlands 2 for example, whilst still excellent fun as a split-screen couch coop game, the experience is best with drop-in-drop-out online co-op.

You can play any of the LEGO games as a local coop game and to be honest, every game is about as enjoyable as the last. LEGO Pirates, Lord of the Rings, Star Wars; besides characters and specific dynamics, the LEGO couch coop games are all basically the same and there’s nothing wrong with that. They can each be picked up for very little and although they’re good clean family entertainment, this doesn’t stop them being stupidly frustrating coop games at times. We went with LEGO Batman in this instance, because, well, I’m Batman. 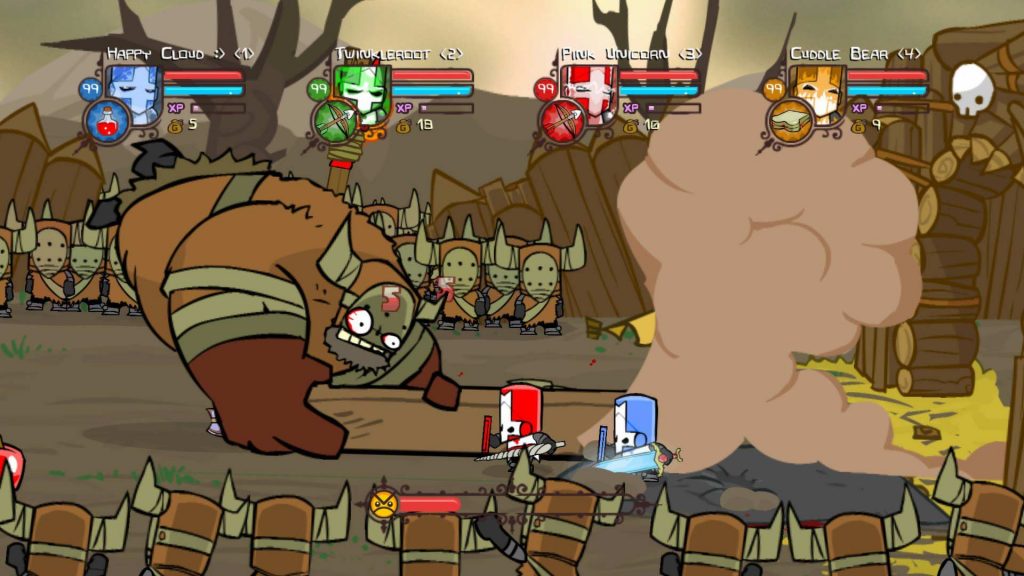 Raff’s memories of playing Castle Crashers as an online co-op game was that it was totally marred by that small portion of the user base who exploited loopholes to become OP power gamers. Max-levelled team-mates made it impossible for the newer player to have an enjoyable coop gaming experience, despite the retro co-op games that inspired it.

As a couch co-op game however, it all changes. Players can work as a team or each player can strike it out as a lone wolf, encouraging players to play dirty in order to grab the most XP and treasure. The cheeky look and feel in Castle Crashers means nobody will be arguing when every gamer is inevitably pissing about. 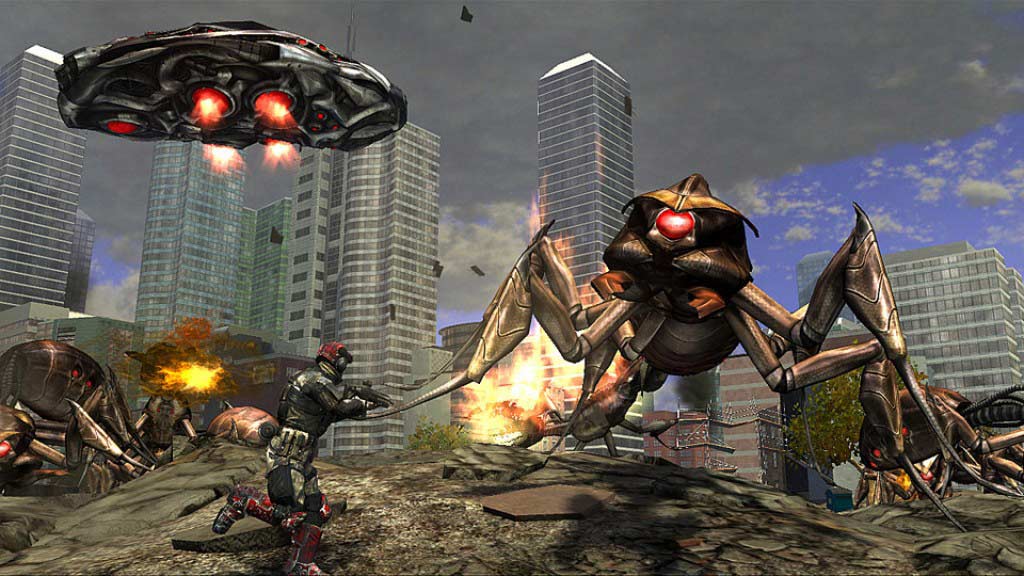 YOU CANNOT SEE ANYTHING ON THE SCREEN! There is nothing anybody can say about EDF that it can’t say for itself. Check out the video embedded below for more info on this game, or click here for another couch coop game video which Raff and I put together for this brilliant franchise.

Earth Defence Force is the closest thing you’ve going to get to Probotector on a modern(ish) platform. I wrote a review for this game when it came out and it’s still one of my favourite games of last generation. Not only is the game absolutely bonkers but it’s hand down one of the best couch coop games you’re ever going to play, for no reason other than the lols. 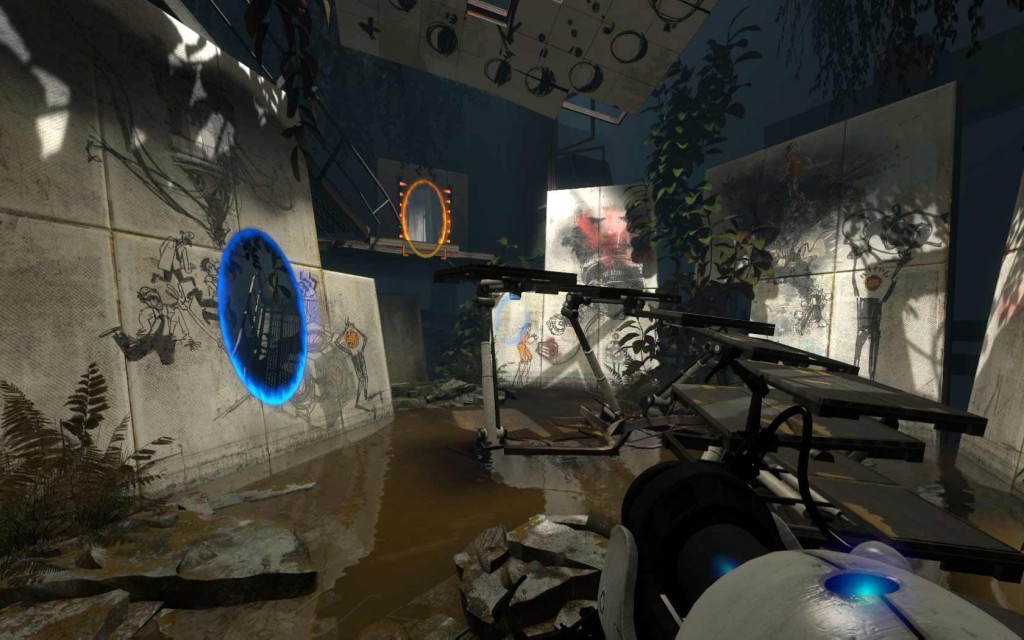 Although without the absolutely excellent story of Portal 2’s single-player, Portal 2’s local coop game mode is practically unbeatable and even has some excellent free DLC. Peabody and Atlas get much tougher puzzles and a combined four portals which goes a long way prove how stupid two co-op game players can be. Couch co-op beats online co-op here, with the chance for full-blown verbal arguments, vicious condescension and the ability to physically tap the TV screen to indicate what the other player should be doing. Portal 2 is the best couch coop game for introducing people to the nicer side of gaming without resorting to violence and gunplay, which leads us nicely into number one.

At first glance this might seem like bunkum. Far from the easiest choice, the Halo series offers literally the most stuff you can do in a co-op game. The multiplayer alone is already great and we think playing it locally with a mate makes all the aspects better. Coop gamers can plough through the co-op campaign on legendary difficulty without too many restarts provided they communicate and play sensibly. Firefight becomes even remotely doable in co-op mode and Forge becomes ridiculous fun with a friend, making up your own games as you go along. Probably the best coop games experience Raff and I have had has been building enormous ramps, before gunning a Mongoose off the end into a pile of mines.

Neither of us are remotely fanboys of the Halo series, both electing to award it a meh out of 10, but simply from looking back at how many nights we’ve spent slogging away at the couch co-op game, we’ll begrudgingly admit that Halo is probably the best couch co-op games series we’ve played this generation.

Watch our YouTube video for Five of the Best Couch Coop Games here!