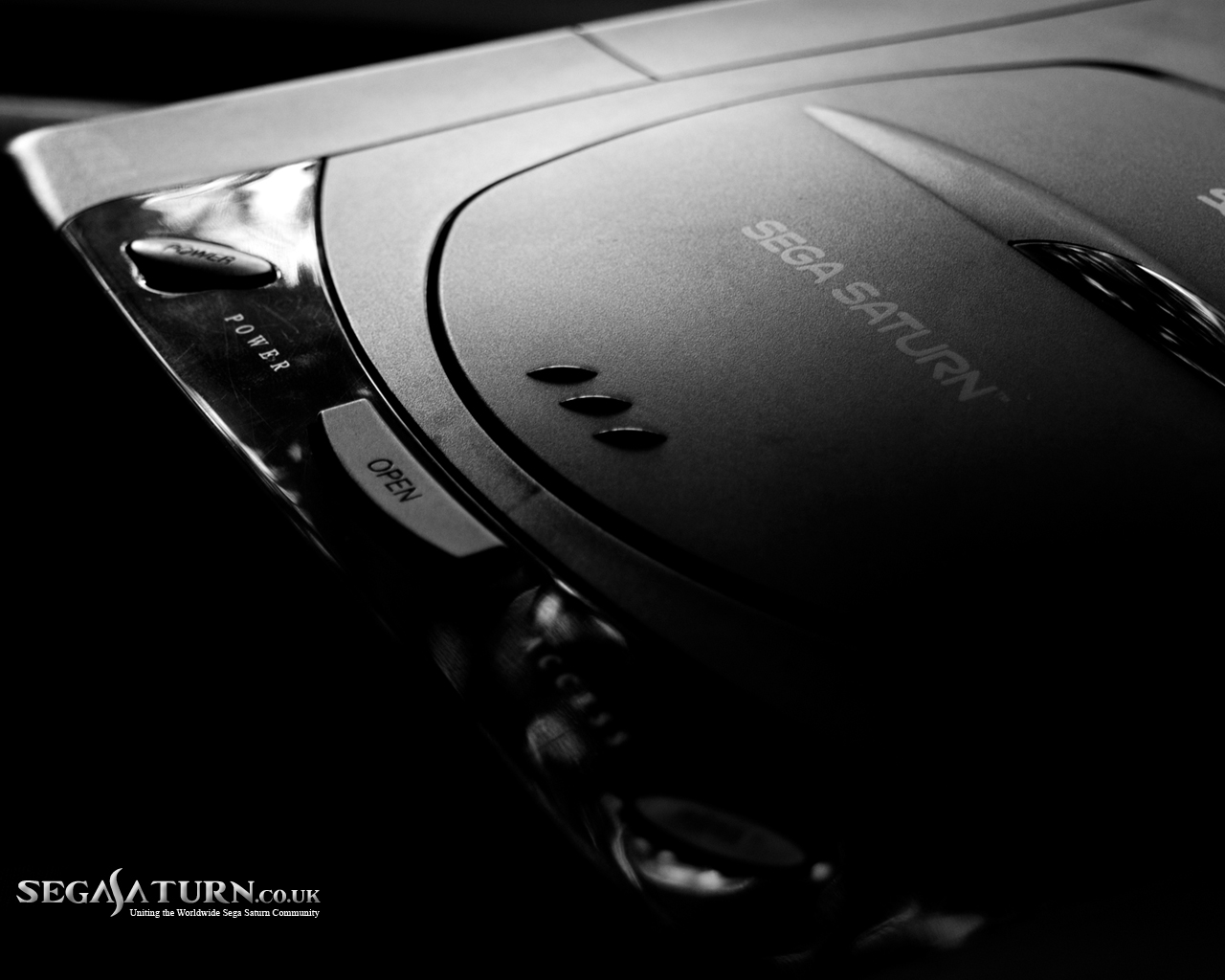 The Sega Saturn was released in 1995 in Europe, the third console from the Japanese company who’d brought us the Master System and the Mega Drive. Sega were a massive deal here in the UK and Europe. The Master System and the Mega Drive had outsold Nintendo’s consoles by a big margin. We were officially a Sega country. 1995 was a big year for computer games too. It was the beginning of the fifth generation of console gaming and we saw home consoles really embrace 3D games. 3D games existed before the 32-bit era but the Saturn, PlayStation and N64 would be the consoles that defined 3D games.

The Sega Saturn was actually the first big 5th generation console to hit the shelves. The Sega Saturn had launched the year before in Japan and had done very well. Even after the string of unpopular add-ons for the Mega Drive, Sega was still popular here in Europe. They had a proper dedicated fanbase and there was no real way to mess up a new console launch.

Why The Sega Saturn Flopped

From a user perspective The Saturn was superior to the PlayStation and the N64 (which was still a year away). Two CPUs meant that technically the machine had more grunt than anything else on the market. The Saturn’s RAM expansion gave you increased power and better resolution graphics. As well as supporting RGB or S-Video, the Saturn exported Enhanced Definition 480p over VGA. A much better resolution than the PlayStation and standard N64. The Saturn had an internal memory for saving games. No mucking about with memory cards. A lot of the games auto-saved, which neither Sony or Nintendo really supported. The build quality was immense. A lot of Saturn users have mentioned that their hardware still runs without a hiccup. You can’t say that about a lot of PlayStations or PlayStation 2s and definitely PS3s or Xbox 360s.

But that pioneering hardware meant the Sega Saturn’s cost per unit was astronomical. Developers also found it hard to work with the dual CPUs. Programming games for the Saturn was brutal, unlike Sony’s console. The result of this was PlayStation quickly dominating the marketplace with a list of games longer than your Mum’s rap list. The Saturn launched in Europe with three games, the PlayStation launched with nine. Sony’s approach was just to bloat the market with as much shovelware as they could. The scattergun approach. By the time the N64 landed in 1996, the Saturn was already a bit of a memory.

Sega attempted to keep the Saturn competitive by bundling it with Daytona USA, Virtua Cop and Virtua Fighter 2. It did boost sales but it wasn’t enough. By 1997, barely two years after it launched, the Saturn was trailing so badly that Sega began planning their next platform. Codenamed Katana, which we would later know as the Dreamcast. Immediately following the Dreamcast announcement sales of the Saturn attenuated off and many scheduled games (including the English version of Policenauts) were cancelled. The Saturn was dead.

Although the console was a bugger to program for, the games which did get released were pretty much all great. Those who wanted to make a Saturn game had to really want to make a Saturn game. The Saturn versions of multiplats were nearly always better than the PlayStation version. The exclusive games for the Sega Saturn are some of the most enjoyable games you will ever play on 32-bit era machines. This is the good news. Sega’s loss can be your gain because I think the Saturn might be one of the best retro consoles to collect in the modern era.

The ratio of good to bad games is really favourable. All told there’s about 240 PAL Sega Saturn games and the majority of them are good. There’s very little you’d call rubbish. Compare that to the 1400 PAL PlayStation releases, the majority of which are piss-poor computer games.

I will concentrate on the PAL releases for the Saturn, as we’re repping the UK. There were some excellent games released in Japan, and a couple of US exclusives too. If you’re interested in imports you’ll need to hunt down a foreign Saturn or acquire a RAM cart that allows the playback of imports.

Sega always crushed it with getting arcade ports available on their systems. The Saturn was no different with killer arcade titles like Sega Rally and Virtua Fighter. If you like games that are quick to get into but take time to master then the Sega Saturn is for you.

Sega went against the grain and programmed the Saturn to be a 2D powerhouse. Another reason the console sold poorly. People were interested in the future of 3D gaming, not what was deemed at the time to be old-fashioned. But the Saturn’s ability to thrash out quality 2D visuals at speed means the Sega Saturn is perfectly suited for fighting games. With the best six-button controller ever, there’s no reason to play fighters on any other console. X-Men: Children of the Atom is an absolute arcade-perfect port of one of the best 90s fighting games. Street Figher Alpha 3 is spectacular to play, much better on the Saturn than the PlayStation. Street Figher Alpha 2 is actually my favourite Street Fighter game and the Sega Saturn version is flawless. Full arcade character roster, authentic soundtrack and exclusive modes not even in the arcade original. Marvel vs. Street Fighter and X-Men vs. Street Fighter are both perfect.  If you’re more into 3D fighting games then you’ve got Virtua Fighter, Dead or Alive and the pretty decent Fighters Megamix available to you.

Speaking of the 3D, the Saturn has some pretty good 3D games. The Saturn was capable of a decent polygon count and some nice transparency effects. Virtua Fighter, Virtua Cop and Virtua Racing offer decent competent gameplay. For driving games on the Saturn you’ve got Daytona USA, Need for Speed and Sega Rally. More decent 3D offerings range from wipEout, Resident Evil and Jeff Minter’s excellent Tempest 2000. If you like platformers then there’s a very strong selection here. Mega Man, Rayman and Earthworm Jim all got a look in. There’s even a port of CastleVania: Symphony of the Night which is in my top 10 games of all time.

Nothing stands out so much though as the platform-exclusive Nights into Dreams. Developed by Sonic Team, Nights came packaged with the first fifth-generation analogue controller. Take that N64! Nights into Dreams is best described as Mario 64 meets Tony Hawk’s. It’s really good. Probably the most fun you can have with your mates is Saturn Bomberman. If you plug multitaps into more multitaps, you can have ten lads playing Saturn Bomberman at once. Ten-player Bomberman is only achievable on the Sega Saturn so that’s a big plus for the console. The Saturn exclusives list was very impressive, with Shining Force, Guardian Heroes and Deep Fear ranking above the rest. Deep Fear was never released in the US so that’s a little bonus to us PAL players.

If you like scrolling shooters then the Saturn is a monster. For the PAL-only releases the shmups are a little thin on the ground. RayForce, Darius, In the Hunt (one of my favourites) and Parodius all make an appearance but for the true depths of bullet hell you’ll need to go Japanese. Mobile Light Force, Radiant Silvergun, DonPachi, Battle Garrega and Galactic Attack are part of the goliath list of Japan-only shmups list. Represented perfectly with no frames dropped. If you want to play imports, the Sega Saturn is a really easy console to play imports on.

Grab an Action Replay or an ST-Key and you’ve basically doubled your games catalogue. The Action Replay cart fits into the Sega Saturn RAM expansion for modless import playback. I have a cart with both Action Replay and RAM expansion built-in so I never need to swap carts. An Action Replay isn’t necessary to quickly and cheaply get a great collection of classic games though. If you’re keen to start a PAL Saturn collection then you’d do far worse than to pick up the following. Prices aren’t accurate and are a reflection of prices on the day of writing.

The total there is £71. You can buy two new games with that. The prices do ramp up as the games become rarer. But you can quickly and cheaply grab a collection of nineties arcade classics without compromising on quality.

The Sega Saturn shone too brightly and was gone too soon, like a comet blazing across the evening sky. But Sega’s loss can be your gain. There’s nearly five hundred Sega Saturn games out there. Numerous Sega Saturn exclusives and a lot of them unlikely to be re-released. I highly recommend the Sega Saturn as a cheap and rewarding console to collect for.

This article was originally (badly) written on Dec 13, 2011. I revisited the Sega Saturn this summer. I thought it would be great to look at the Sega Saturn in 2018. It’s still a great choice for the retro collector.