What Happened to Star Wars: The Force Unleashed?

The Force Unleashed series let players take control of the Force in ways unfettered by continuity or common sense. Throughout the games, players were able to wield Force powers the likes of which had never been seen before. For the first time in history, LucasArts and ILM collaborated to ensure Star Wars: The Force Unleashed featured Hollywood special effects and utilised groundbreaking simulation technology (Digital Molecular Matter (DMM), Havok and euphoria), enabling gamers to live out their wildest dreams as a Force-wielding powerhouse.

2008 Star Wars multimedia project, spearheaded by LucasArts with direct input from Star Wars creator, George Lucas. Those of you who are old enough to remember Shadows of the Empire will remember that Lucas had previously explored the commercial possibilities of creating new chapters in the Star Wars saga, without going so far as to make a movie. Much like Shadows, The Force Unleashed project was a content flotilla consisting of video games for the PlayStation 2, PlayStation 3, Wii, and Xbox 360 consoles; on iOS, second-generation N-Gage, Nintendo DS, PlayStation Portable, and Java-equipped mobile phone handhelds; comic books from Dark Horse and Del Rey, novels action figures, LEGO. Two games, a game guide, a novel, a graphic novel, a toy line, a reference book, a Miniatures set, and an RPG supplement. 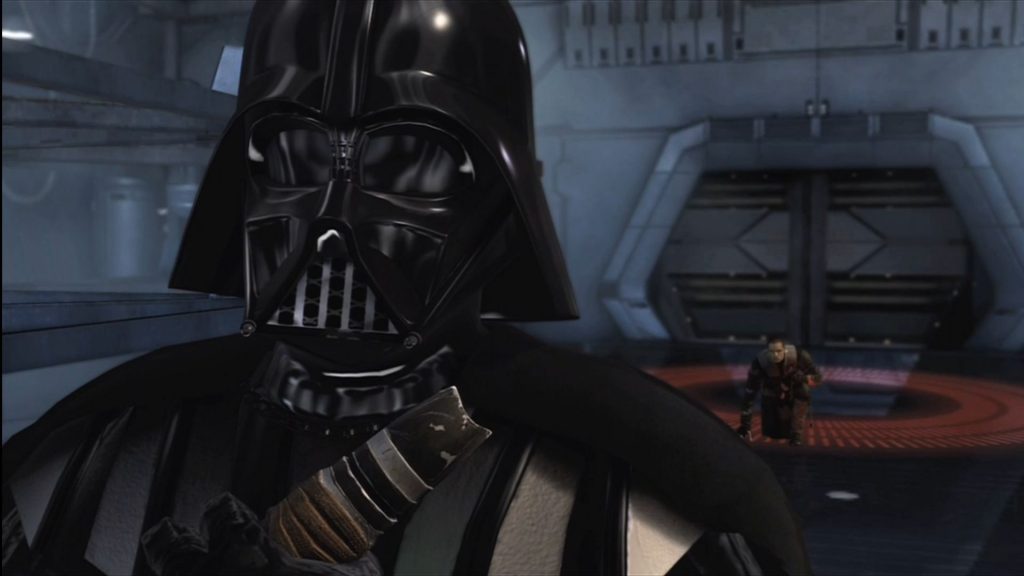 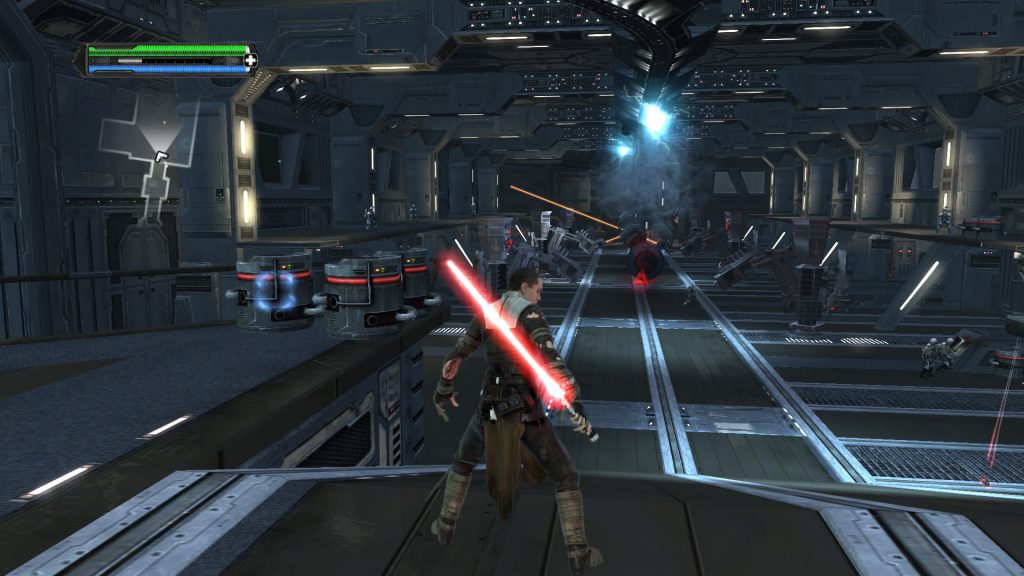 The Force Unleashed was set in the fertile ground between Revenge of the Sith and A New Hope. Darth Vader abducts and trains a clandestine apprentice to hunt down the remaining Jedi after the execution of Order 66. He unwittingly puts into motion events which would prove pivotal to not only his own destiny, but events which would forever shape the future of the Star Wars universe. The games bridged the then-two film trilogies without compromising any existing canon and stayed firmly anchored in the waters of Star Wars. The games brought new ideas to the table  like cool new Lightsaber designs or the Felucians; the tribal plant people on the planet Felucia. Originally based on the Witches of Dathomir, the Felucians eventually became much more original but they still feel Star Wars-y. Vader’s apprentice is called Starkiller, which is actually one of the first names George Lucas thought up for Luke Skywalker. That name banded around LucasFilm HQ for forty years before finding a use. LucasArts Project Leader Haden Blackman had previously worked on Star Wars games but has also written a lot of Star Wars comics and two of the Essential Guides. Through him, this project brought exciting new ideas to Star Wars. It fit reverently with the source material, and it all feels natural. They took nothing away from Star Wars but left a lasting impact on the Expanded Universe.

A love of Swamp Thing comics gave  Haden Blackman a sympathetic insight into monsters. Starkiller starts his journey as the monster, but as he completes Vader’s bidding, he starts to question his purpose so beginning his journey to the light. Starkiller’s journey made him a cool character for Star Wars. Not least because Blackman worked closely with actor Sam Witwer to create a character who would resonate with fans. Witwer was actually auditioned on the strength that he looked a bit like some concept art by Amy Beth Christenson. He was playing Crashdown in Battlestar Galactica at the time, but Lucas reeled him in and were surprised to find that he was Star Wars fan number 1. His understanding of the universe made him a natural fit for the part. Since playing Starkiller, Witwer went on to voice Emperor Palpatine, he was Darth Maul in The Clone Wars and he even got a role in Episode VII. Talk about living the dream. Starkiller’s supporting cast of Juno Eclipse (whose name incidentally was originally thought up for the Clone Wars character Asaaj Ventress), along with the deadly training droid PROXY, give the story that essential Star Wars emotional grip to counter-balance all the explosions. 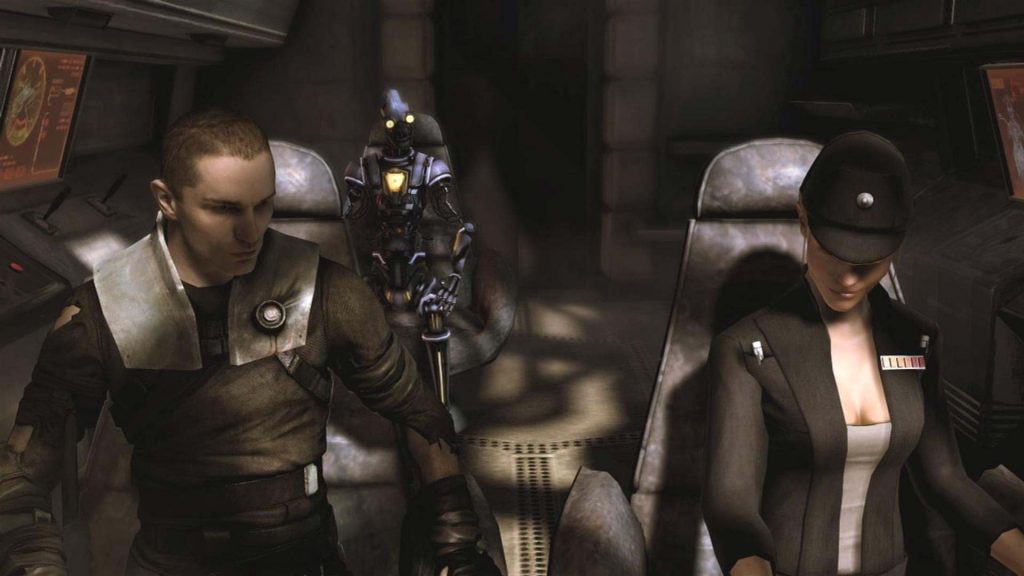 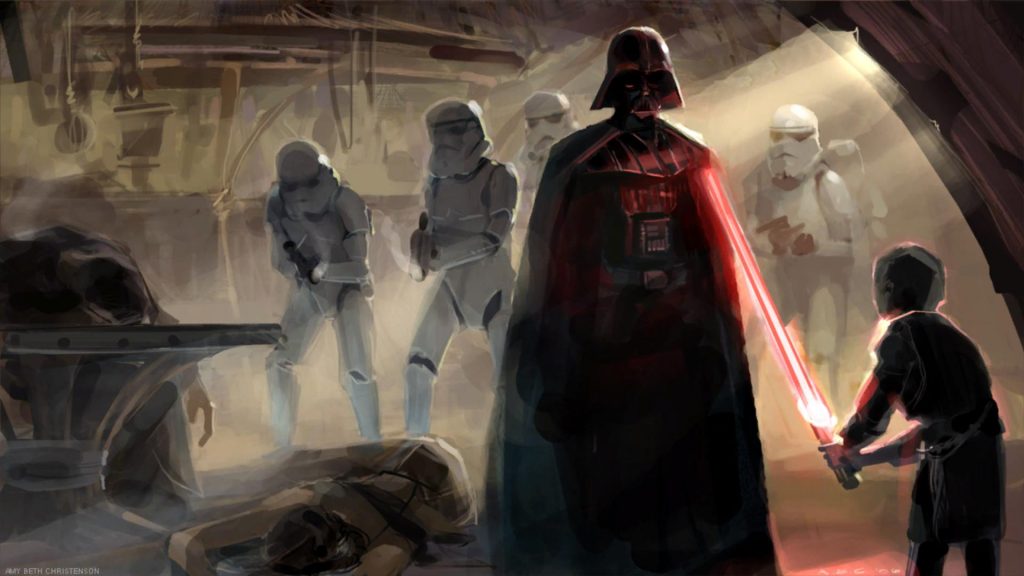 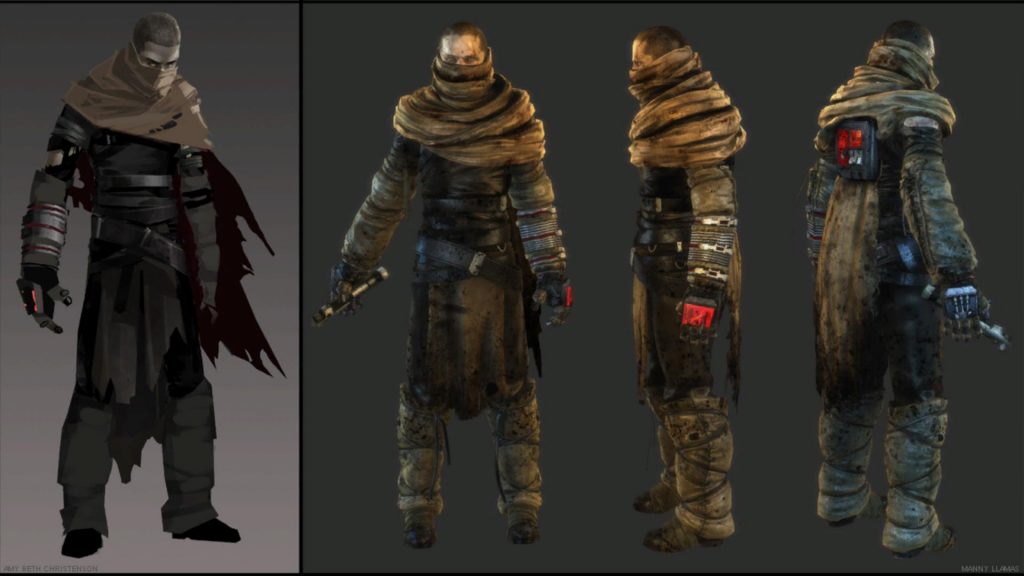 In order for the player to wield the Force as a legitimately unleashed gameplay component, LucasArts corralled the output from three multi-million dollar software companies to complement their own in-house engine. The first of which was the now-commonplace Havok physics solution. Made famous for its use in Halo, Havok simulates collisions and other physics calculations, based on the real-world properties of the objects interacting. These interactions are further enhanced with Digital Molecular Matter, an extremely detailed and realistic material physics engine developed by the second company, Pixelux Entertainment. DMM simulates what would happen to any given material when impacted; whether lightsabered or smashed into by a flying Stormtrooper. Before DMM, game surfaces interacted with predetermined or keyframed animations. With DMM, the breaking point of each surface is calculated in real-time taking into account the mass, direction and speed of the interacting materials. Every interaction is different and fresh, meaning chucking troops around a hanger bay never gets old. The third company was NaturalMotion, with their Euphoria middleware. Euphoria gives characters advanced bio-mechanical AI, allowing characters to realistically respond to being zapped by Space Wizards. When an enemy is Force pushed, he might grab onto a railing or other soldiers. He might grab a gun and fire back. At a gameplay demo, one producer described Euphoria as the AI’s “will to live.” 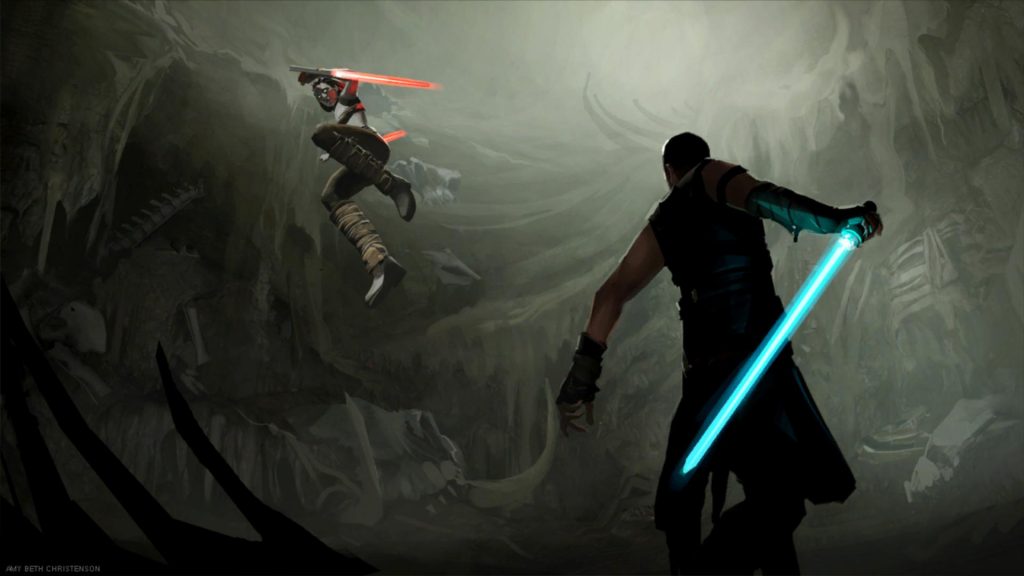 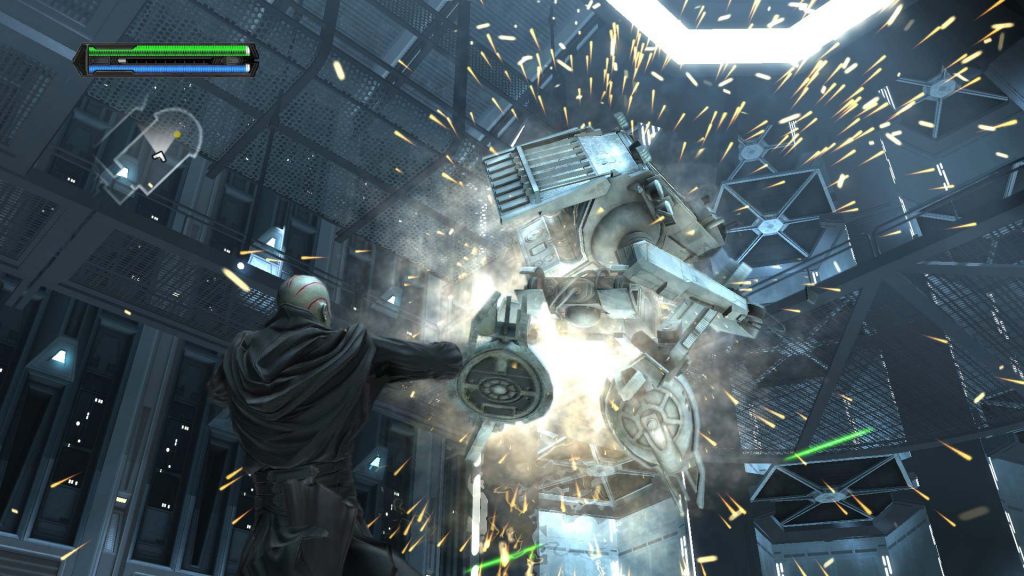 Blackman’s go-to line was that LucasArts wanted to make sure something visceral and cool happened each time you pushed a button. Gamers truly were in control of a Force-wielder whose powers were genuinely Unleashed. In fact, Starkiller’s power was so strong, it could reach outside of the Star Wars universe, sending a great disturbance through the fandom. As if thousands of voices suddenly cried out in nerdrage.

A cancelled third game promised co-op play as players controlled both Starkiller and Vader, who reluctantly team up to stop one of the Emperor’s schemes. Witwer was on board, and remarked that he and Blackman had spoken. Blackman though, had left LucasArts before Force Unleashed 2 shipped, leaving a large creative hole in the team. After the Disney buyout of Lucasfilm, LucasArts was an early casualty and all in-development work (including Force Unleashed 3, 1313 and more) was either canned or re-shuffled to suit the upcoming Episode VII. Blackman’s plan of an open-world adventure could likely have grated against what Disney were planning with the franchise and this is possibly why Blackman left in the first place. 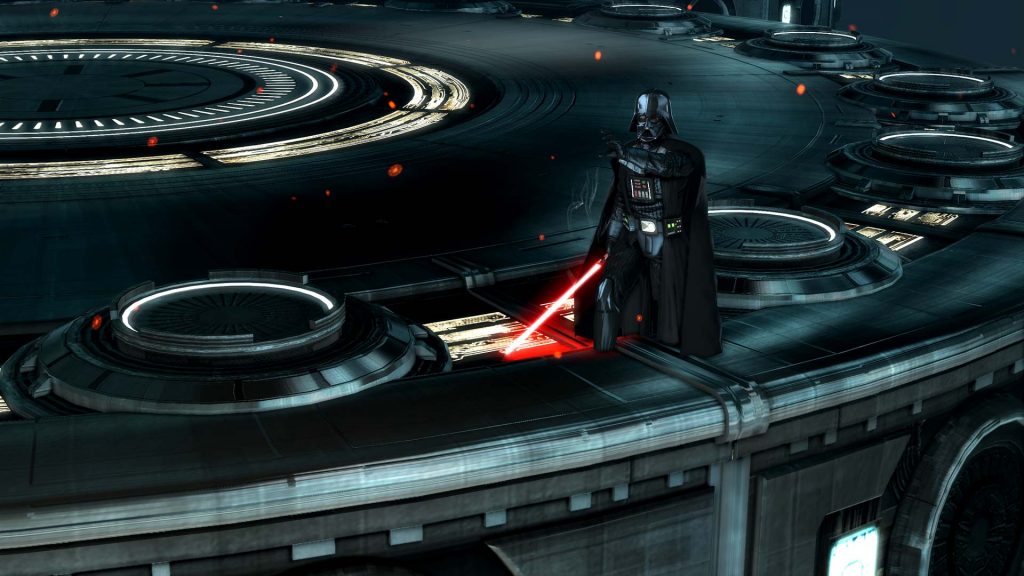 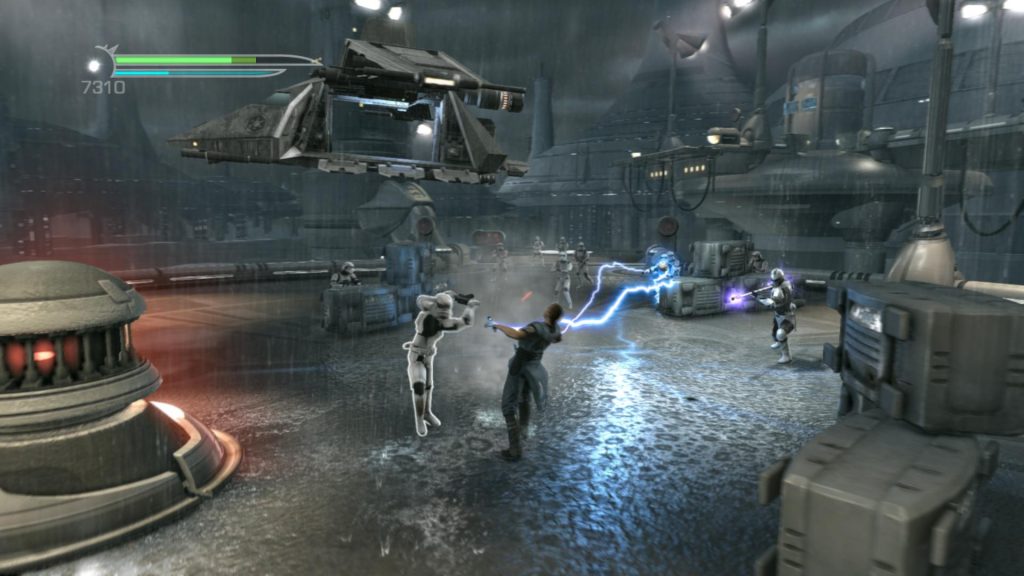 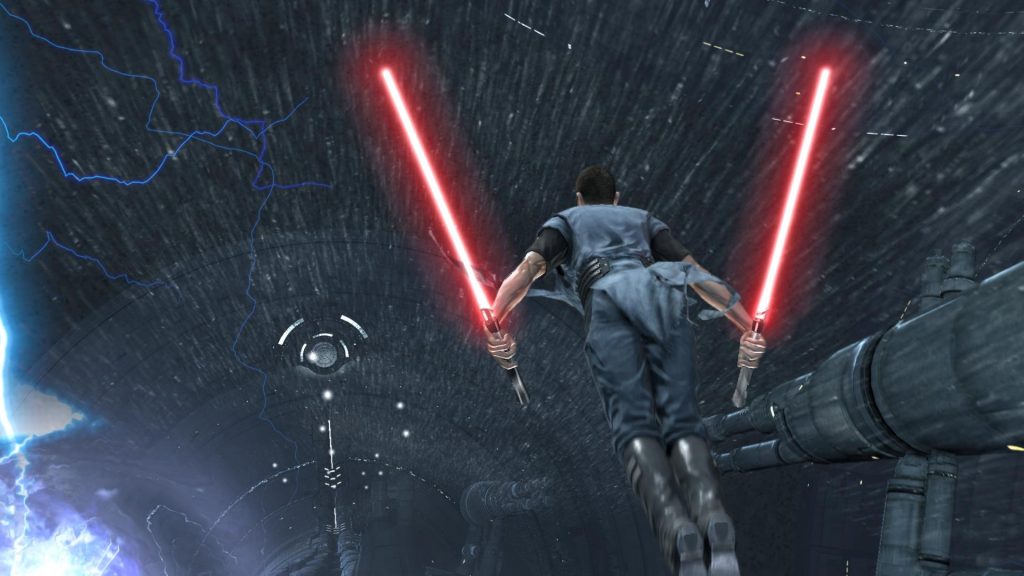 The Force Unleashed series were international bestsellers, praised for their compelling story, awesome technology, impressive art and Mark Griskey’s soundtrack (who also scored Star Wars: Knights of the Old Republic II: The Sith Lords). The second game attracted some negative reviews for a shorter story but both games are seriously worth your time, either as a fan of Star Wars or a fan of video games. The technology and the story will both be viewed, by me at least, as key milestones in the history of LucasArts and the history of Star Wars.