X-Wing and TIE Fighter. A PC series in review

The first X-Wing series game doesn’t contribute much to the Expanded Universe, rather it just tells the story of an unknown rebel pilot, flying in campaigns against the Empire. The events in X-Wing take place alongside the first film and they culminate with the player taking control of Luke Skywalker and flying the trench run to blow up the first Death Star. The two expansions put you back in the pilot’s seat, flying missions which lead up to the establishment of Echo Base on Hoth. 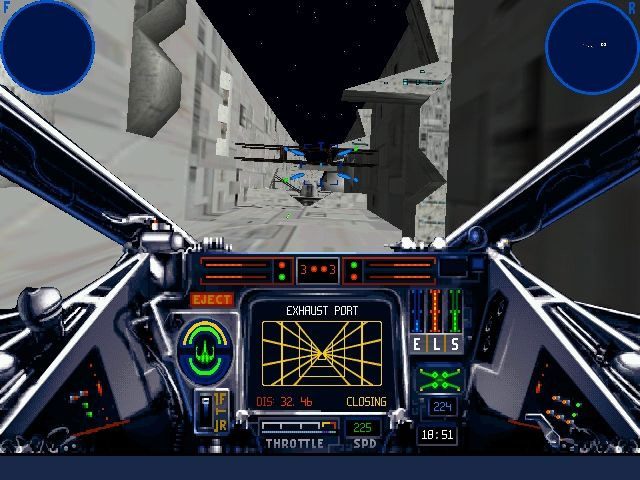 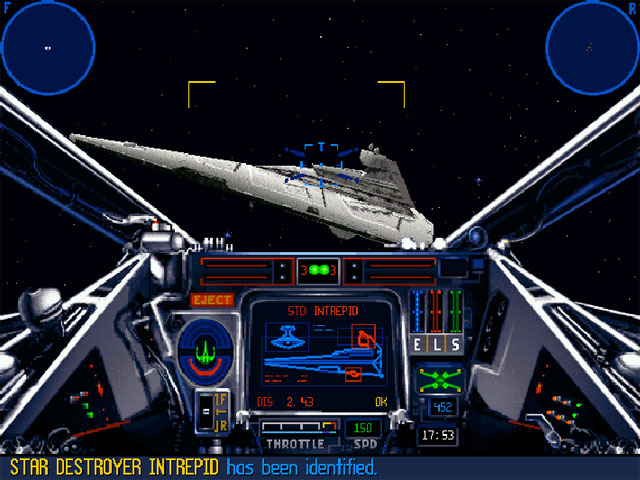 The second game in the X-wing series is TIE Fighter. This is where things really start to warm up. Lucas started to really put effort into establishing their expanded universe. The TIE Fighter game and Timothy Zahn’s Heir to the Empire books in particular form the origin of the greatest villain Star Wars has ever had, Grand Admiral Thrawn. TIE Fighter defines the X-Wing series for this; It’s the first time we see a character from the Expanded Universe in a starring role, it’s the first time the books and the video games interact and most importantly it helped to establish an ongoing, connected universe of stories across multiple formats. X-wing captured the essence of A New Hope, but TIE Fighter broadened that scope and forged its own path.

TIE Fighter’s story is about an Imperial pilot, part of a special task force put together by young Vice Admiral Thrawn to root out rogue admirals who are no longer loyal to the Emperor. Set in the background of the Original Trilogy, TIE Fighter tells us there could still be stories like this happening somewhere else at the same time. Thrawn’s Empire isn’t outwardly evil; you’re playing as the baddies, but you’re preserving order, dealing with power struggles. Something which makes sense with an Empire this big and showcases Thrawn’s tactical genius, which is what makes him such a great villain. 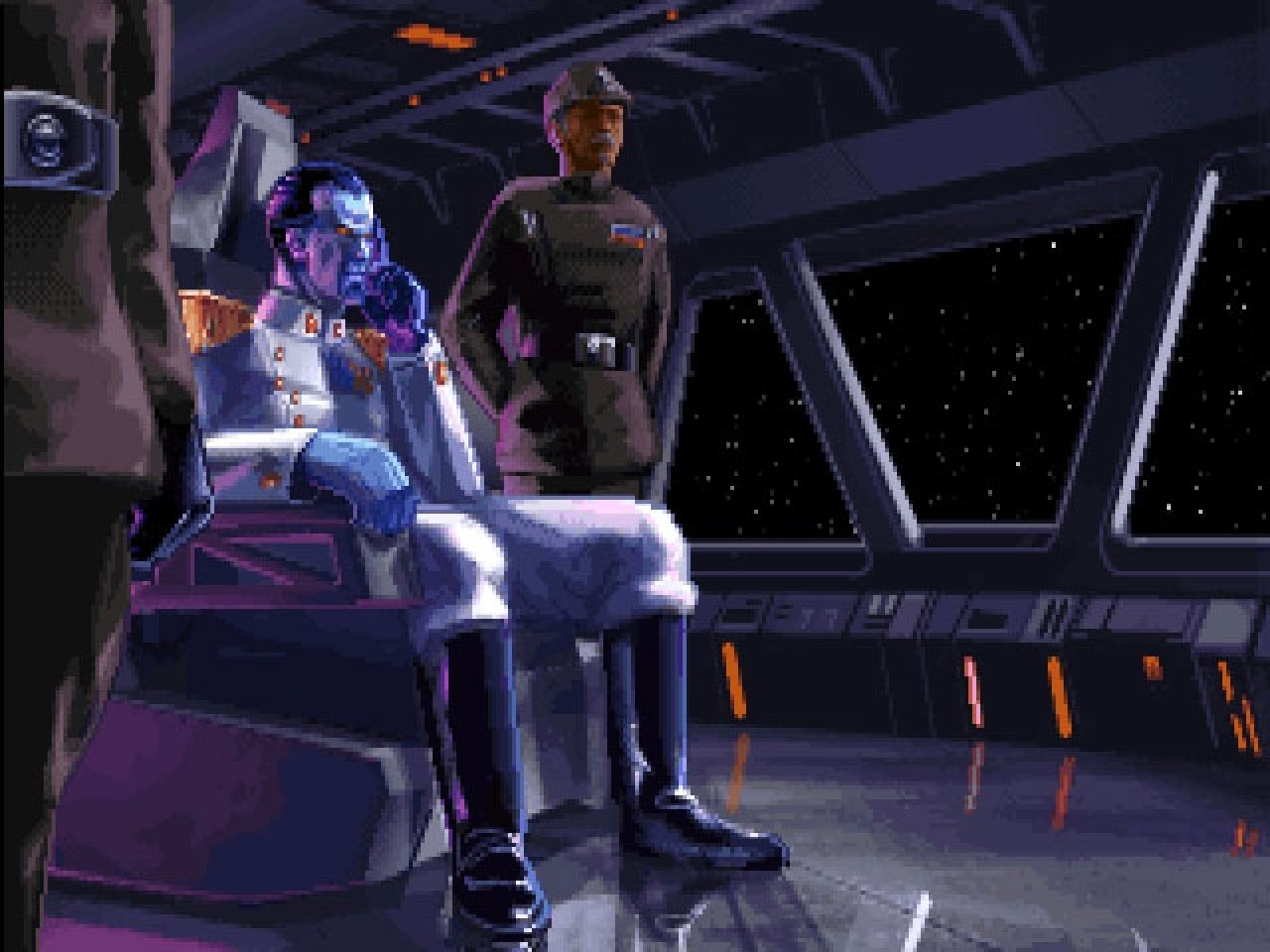 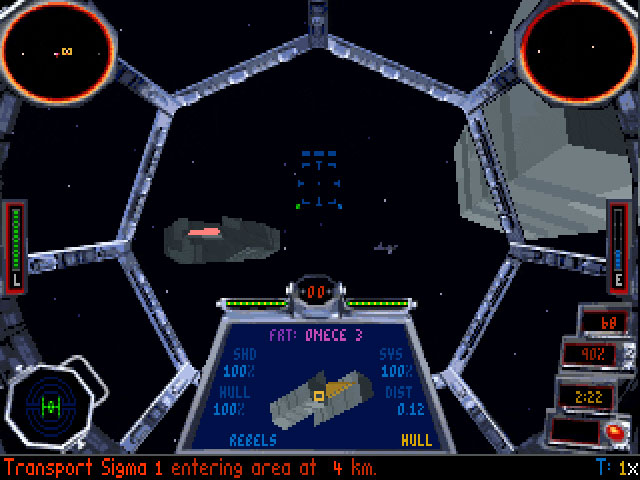 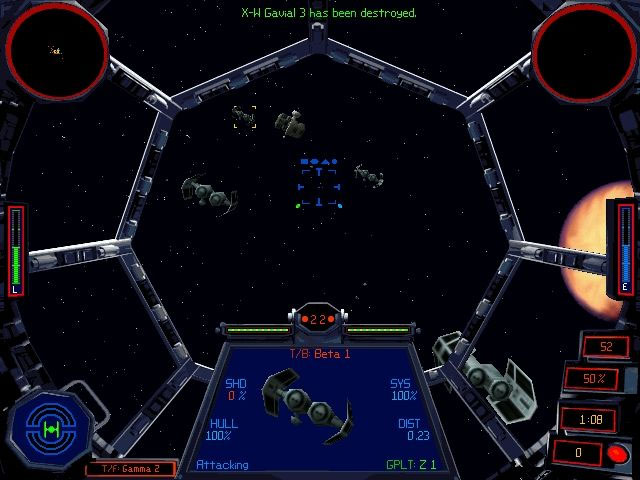 TIE Fighter and the Thrawn novels established a precedent for the Expanded Universe: attention to continuity across multiple platforms. You can pause a single shot in any movies and say “see that dude in the back? That droid? That ladder? There’s a backstory for that”. Combining the books, the games, the films, the comics and the TV turns what was previously a hearty meal into a banquet. Of course, that’s all optional. You don’t need to read the books to play the games, you don’t need to do either to enjoy the movies. But if you want to go Hyper-Nerd like me, well it’s a blinding experience, and there’s nothing else quite like it.

The third game in the X-wing series was a dodgy multiplayer-only flop and a costly lesson in what Star Wars fans wanted out of their games. X-Wing vs TIE Fighter’s one expansion added a small campaign. Incredibly XWvTF supported 8-player online co-op. Something which is still yet to be beaten for a game of its type! Despite the lack of story, LucasArts were investing in emerging technologies, something which would later define the studio.

X-Wing Alliance overhauled the game engine, making the gameplay more realistic and added the ability to switch between crew members on bigger ships. More importantly, Alliance made up for the XWvTF’s cock-up by further cementing its story into events from the Expanded Universe. Like TIE Fighter before it, X-Wing Alliance threads into the Star Wars: Shadows of the Empire multimedia project. One mission actually crosses over with a level from the Shadows of the Empire video game. As far as I know is an industry first. Certainly not something you see every day. Imagine the possibilities in today’s Star Wars video games! 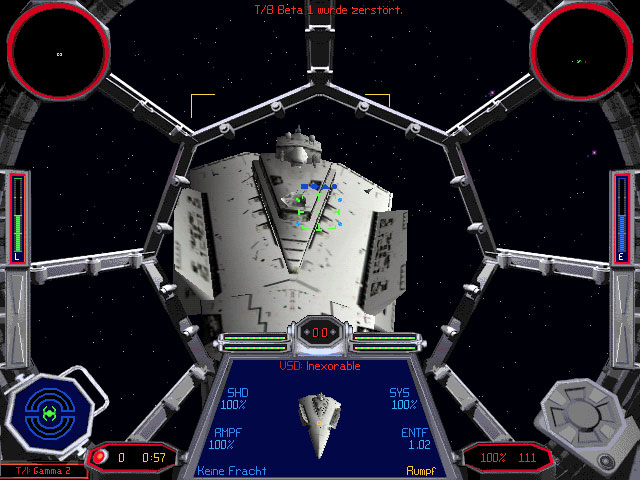 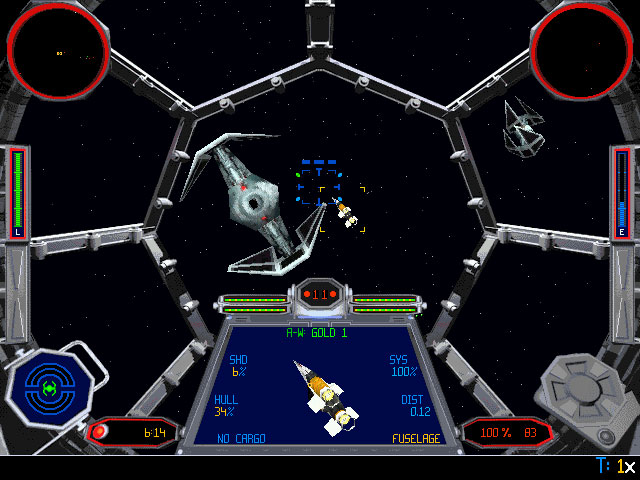 If you’re up for trying one of these games, be aware that they’re HARD. No handholding, no tutorial levels. These are relatively realistic spaceship simulators. Expect to be switching to rear deflectors, re-routing power from the engines. Changing laser recharge and dodging incoming fire. The games use nearly every key on the keyboard. This is part of the reason the X-wing series isn’t around any more. The rise in games console revenue ushered in an age of multi-platform development. Complicated keyboard layouts became impossible to port onto a controller.

Will we get another TIE Fighter game?

Hellboy: Dogs of the Night